Available online and archived as a record of the original work

Originally designed as an interactive website in Google Earth, viewers explored the location and impact of the wall in the West Bank and, at the same time, in any city in the world they chose. Google ended its support for this early Google Earth version in 2017.

A recent version, TheWallTheWorld: A Drone Symphony (video TRT 4 min/2020), uses footage from the original website, accompanied by the soundtrack Acamar, originally composed and performed by cellist Frances-Marie Uitti and composer Yota Morimoto as a followup to their collaborative DVD 13AL. 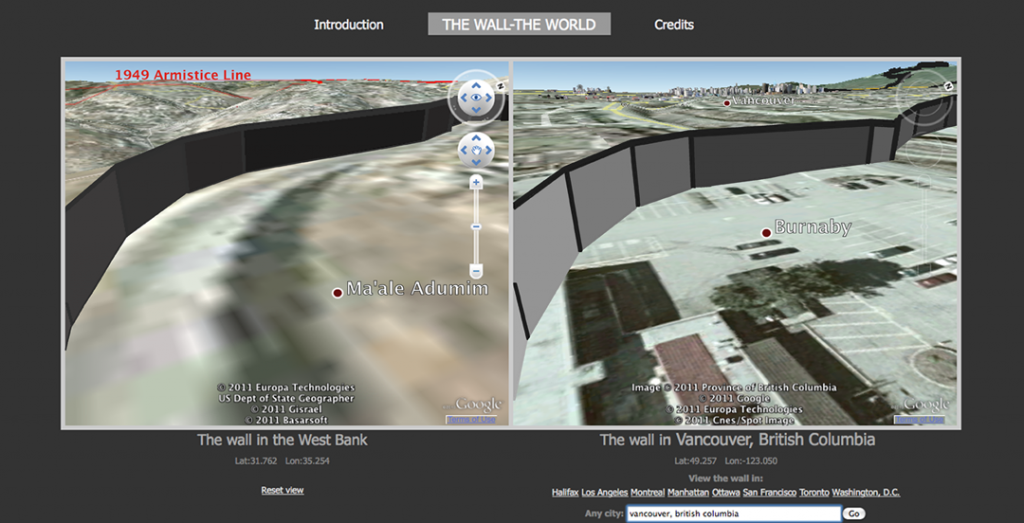